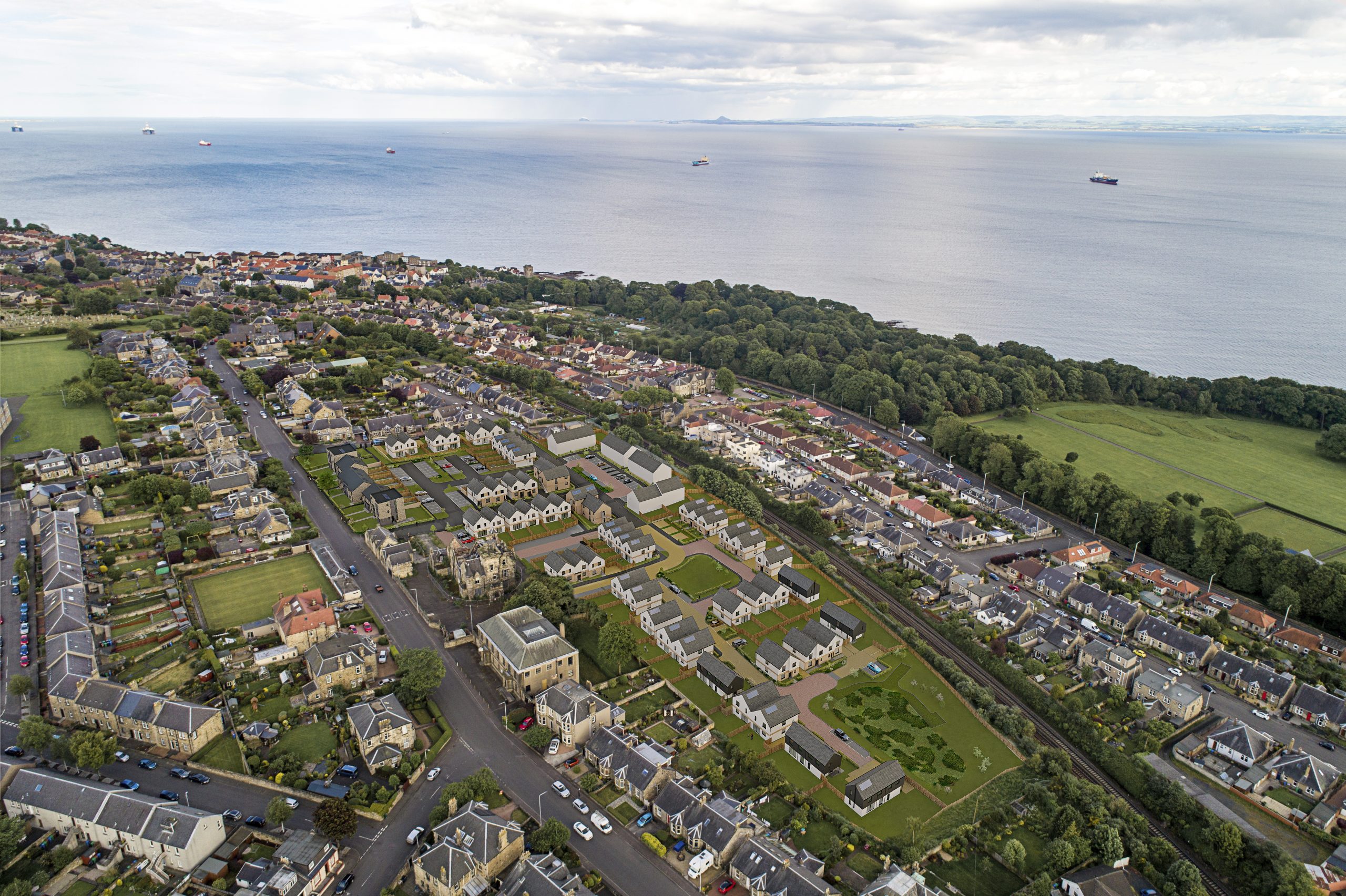 Whiteburn are creating a vibrant residential development of 72 Private, and 15 Affordable, new build homes in the grounds of the former Viewforth High School, located on Loughborough Road, Kirkcaldy. New home owners will have a fantastic opportunity to live in this sought after established residential area of Kirkcaldy, Fife.

Viewforth is located within 10 minutes walk of local shops, schools, Ravenscraig Park and the historic Dysart Harbour and within 20 minutes walk of the Town Centre, Railway Station and Victoria Hospital.

Our Sales Centre is now open by appointment. If you would like to book an appointment to find out home about the homes available for please get in touch using our contact page or phone 01592 382 300.

With every home we design, we aim to meet the demands of modern family life, that’s why each new home features an open-plan ground floor layout to utilise the space to suit your unique way of living.

All properties feature open plan kitchen/dining space and include a variety of high quality cabinets, handles and worktops. Our kitchens come in a variety of door colour choices and worktops to suit your own interior design. All appliances come as standard and are included in the price of your home.

We offer a choice of tiling and countertops, to give a sleek hotel bathroom feel with a shower fitted over the bath and tiling to all walls around the bath area to the ceiling as standard.

Our houses have dual control heating systems for the ground and upper floor – with the control for the upstairs in the master bedroom. 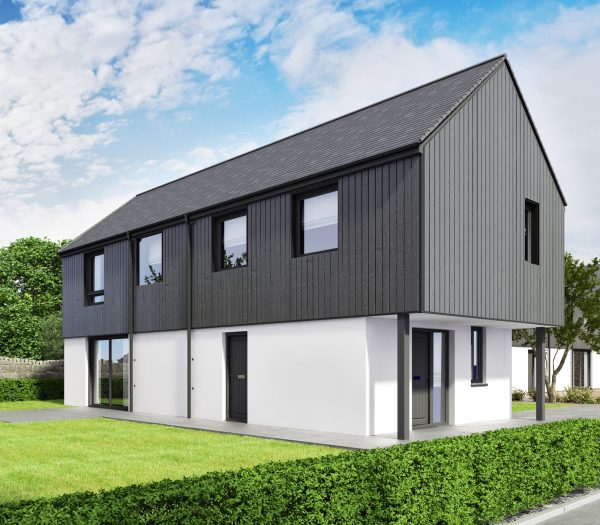 Style and functionality are intertwined beautifully in The Brodie. First impressions count, and the covered gable porch and well-lit vestibule offer a wonderful indication of what lies beyond. 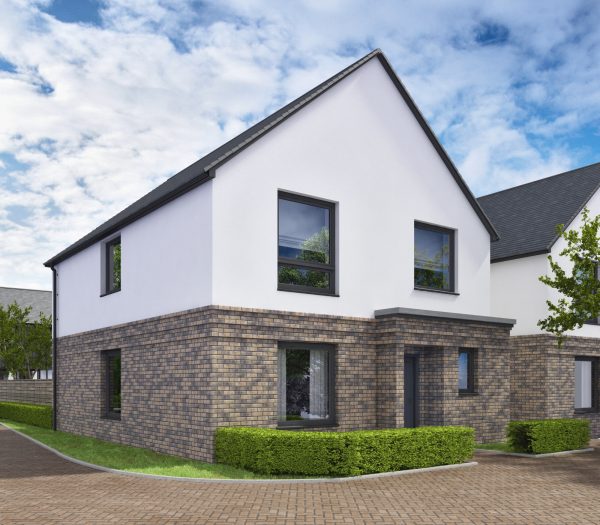 At The Oliphant, space and light are maximised to create the ideal contemporary new build home. The spacious living room flows onto the kitchen/dining area of the Oliphant, with light flooding through from the rear patio doors. 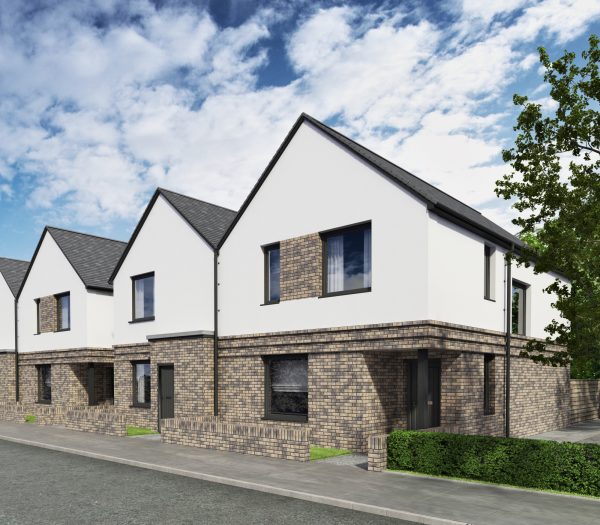 A contemporary home, yet timelessly stylish and available as a generous three-bedroom Semi-detached house. Space and light create the feel of a loft apartment rather than a two-storey home. 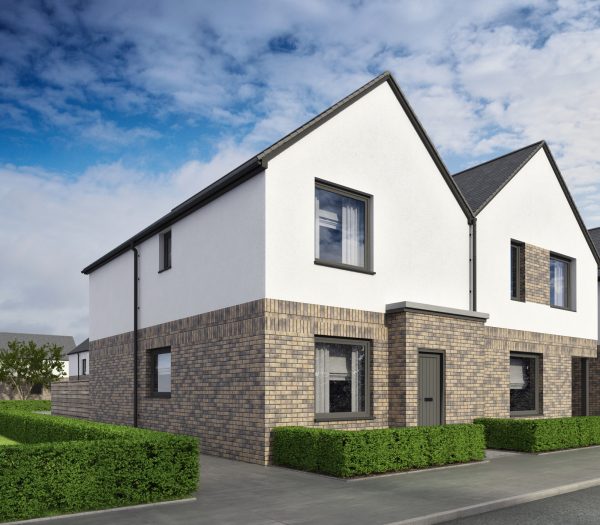 The three-bedroom Dow is a stand-out contemporary home that combines a family focused layout with thoughtful finishing touches. Enter through the vestibule where you can take off your shoes, hang up your coat and pull on your slippers. 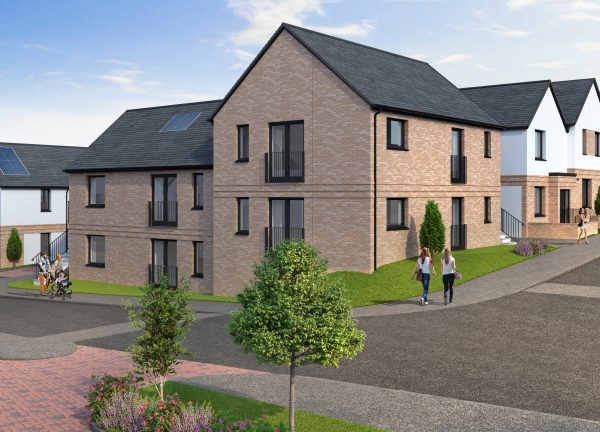 Embrace ample storage space and an open-plan kitchen and living area with attractive french windows that flood the area with light. The Gill is entered either at ground floor level, or via its own contemporary steel stair on the first floor. 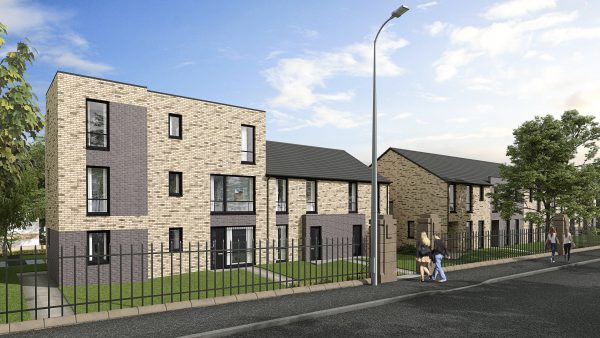 The Nairn offers bright and spacious open-plan kitchen and living area with patio doors leading onto a private balcony.

Take a look at one of our Show Homes

What People Say About Us

I have found Whiteburn to be a very professional organisation who have produced a high quality construction backed up by a very helpful, courteous Customer Care Staff.

Friendly service with fantastic communication throughout. The finish quality is excellent and the aftercare service has been exceptional.

Everyone’s been so helpful… Throughout the process the quality of information supplied and standard of service from the whole team at Caerlee Mill has been excellent. We expected a quality home and we’ve not been disappointed

…Getting the keys was so exciting because we had never seen the inside of our house. Everything was just a bit better and bigger than we had imagined that it would be. In terms of standout features, we love the use of space, the use of natural light is amazing, and the practicality of the layout means every space is maximised

An Exciting Future for the Grounds of the Former High School

The former Viewforth High School opened its doors in 1908 and we hope to have residents opening the doors to their new homes soon.

Whiteburn will be creating 72 new private homes for sale; a range of two, three and four bedroom houses and cottage flats, each one thoughtfully designed to enhance the area. We are also building 15 affordable homes for Kingdom Housing Association. Every detail of the masterplan has been carefully considered, respecting the integrity of the existing space and setting has been of utmost importance throughout the whole creative process.

The vision for the Viewforth development is to enhance the established nearby community, and add to the vibrancy of Kirkcaldy. Our vision is to allow for coastal town living, with easy transport links to Fife, Edinburgh and Tayside.

Viewforth is situated on the north eastern end of the Lang Toun of Kirkcaldy, nestled in a quiet residential area. The town of Kirkcaldy has plentiful local amenities ranging from restaurants, cafes, bars, high street shops including a large retail park and the major supermarkets you’d find in any large town. The town has many large parks, beaches, a harbour and a castle to explore, as well as the Fife coastal route on your doorstep. It is the home of; Raith Rovers Football team, Fife Flyers Ice Hockey team, and the largest collection of Scottish Colourist paintings at the fabulous Kirkcaldy Art Gallery (and great scones).

Kirkcaldy is close to the A92 major link road, and the East Neuk of Fife.

The development is well placed for access to schooling at primary and secondary level, and the local Fife College is in the heart of the town.

The main hospital nearby the Viewforth development is the Victoria Hospital.

Kirkcaldy is situated on the east coast of Scotland, and is the second largest settlement in Fife, and ranks 11th most populous area in Scotland.

Viewforth High School first opened its doors to the pupils on 1 September 1908 with 176 boys and 194 girls enrolled in the school.  The school welcomed its first female teachers, during the first world war, due to the shortage of male teachers.

Some of our new house types are named in recognition of prominent Kirkcaldy figures.

Fife college was founded in the town as Kirkcaldy Technical School in 1939 and offers more than 200 courses through its three campuses.

University of Dundee operates a campus of its School of Health Sciences the town, formed by merger with the former Fife College of Health Studies in 1996.

William Oliphant Hutchison, was a Scottish portrait and landscape painter who was born in Kirkcaldy.  In his career he was the Director of the Glasgow School of Art, and also was commissioned to paint Prince Philip, Duke of Edinburgh.  Eastbank House which is on the our site of Viewforth, Kirkcaldy was owned by his family.

The Viewforth Development is built on the site of the previous Viewforth Public School, which was opened in September 1908.  The first headteacher of the school was Mr Gregor McGregor.

The land for the town’s museum and art gallery was donated by John Nairn (the grandson of the linoleum manufacturer, Michael Nairn) on the former site of Balsusney House, the home of John Maxton.

The other property types are taken from our development, Caerlee Mill, Innerleithen.

Caerlee Mill was built between 1788 and 1790 at the behest of Traquair-born Alexander Brodie to manufacture woollen cloth. It was the first water-powered textile mill to be built in the Borders and the Mill Lade still runs through the development.

After Brodie’s death in 1811, the factory was rented to David Ballantyne in the 1820s, and during the 1830s the Dow brothers used it to manufacture tartan material and fancy shawls for the Glasgow market. The mill remained the property of Brodie’s estate until 1839 when it was sold to the Galashiels company, Messrs Gill & Sime.

You can find out more about which cookies we are using or switch them off in settings.

This website uses cookies so that we can provide you with the best user experience possible. Cookie information is stored in your browser and performs functions such as recognising you when you return to our website and helping our team to understand which sections of the website you find most interesting and useful.